Will Student Loans Be Canceled: The Views of Popular 2020 Election Candidates 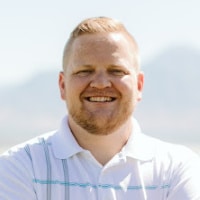 The 2020 presidential election could have a significant impact on how student loans are handled in the US.

If the student loan debt crisis is an important issue for you and you’re wondering if student loans will be canceled, here’s everything you need to know about what popular 2020 presidential election candidates are saying.

As we near the 2020 election, student loans have become a bigger issue than they ever have been.

And with the average student loan balance reaching close to $30,000 — along with national debt encroaching 1.6 trillion — it’s no wonder.

The former vice president’s proposal, called —The Biden Plan for Education Beyond High School,” includes a long list of plans to tackle student loan debt for college students. That includes:

Biden’s plan will cost $750 billion over 10 years, and plans to fund it by closing tax loopholes and capping itemized deductions for wealthy Americans.

The former Mayor of New York’s views on student loans revolve around college access and affordability. Here’s how he would get his ideas done:

Bloomberg has not outlined a direct plan for paying for these initiatives.

The South Bend, Indiana mayor’s plan isn’t as sweeping as Joe Biden’s, but he has provided a several-point plan to address the student loan debt crisis:

The mayor hasn’t provided specifics on how he’d pay for his plan.

The senior senator from Minnesota has a broad approach to student loan debt. Ideas for addressing it include:

To pay for the plan, Klobuchar plans to increase taxes on the wealthiest Americans.

The Vermont senator’s College for All plan is among the simplest but also most radical of plans to address the student debt crisis. Key points include:

Sanders plans to pay for his plan by placing new taxes on investment trades.

Unlike his competitors, the billionaire hedge fund manager hasn’t provided a comprehensive plan to tackle student loan debt. According to his website, Steyer simply plans to —guarantee that every child has access to a world-class education.”

The 45th president of the United States has made several proposals to address student loans, including:

The senator from Massachusetts has made some radical proposals to address student loans rivaled only by Bernie Sanders. Her ideas include:

Warren plans to fund her plan by imposing a 2% annual tax on American families with $50 million or more in wealth.

The former governor of Massachusetts is currently the only Republican candidate running against the party’s incumbent, President Trump. Weld’s education policy includes:

Weld hasn’t provided a plan for how to pay for his education policy.

The 2020 presidential election will likely have a major impact on how student loans are handled in America going forward. Among the current candidates, Bernie Sanders and Elizabeth Warren have the most progressive ideas by far with plans to cancel all or most student loan debt.

And while it’s only one of the many issues candidates have discussed, the country’s student loan debt may carry more weight with younger voters than many others.